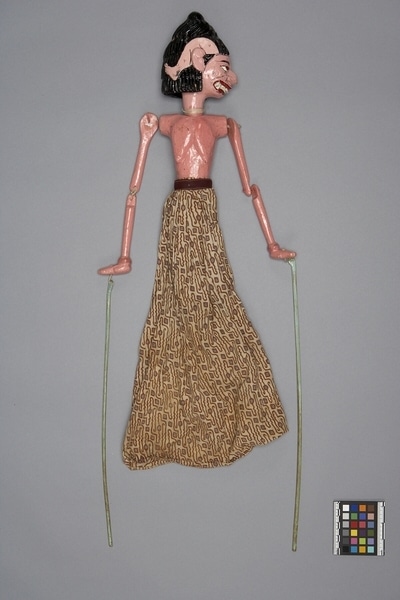 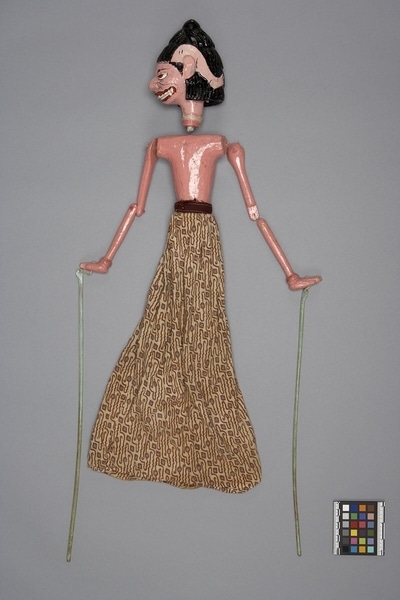 Javanese puppetry as an art form probably developed by the 11th century. The three-dimensional wooden wayang golek puppets of western Java appeared during the 16th century. Originally the plays depicted Javanese mythology, but after the Indian conquest of Java the Hindu epics, Ramayana and Mahabharata, were incorporated into the cycles, which comprise about 200 plays. An individual or group hires a dalang (puppet-master) to celebrate important occasions. The performances often last all night and are generally presented in three acts, with vocal and instrumental accompaniment. The individual plays vary widely in detail but usually involve conflict between good and evil. They serve a moral and religious purpose, and more recently, one of political commentary. Each puppet's character is represented by its appearance and placement onstage; protagonists with strong elements of good are placed to the right, antagonists of violent or evil nature to the left. Durgal can appear in plays based on both of the major Hindu epics. She is the daughter of Shiva and Dewi Uma, and wife of Balarakala. Role she fills in plays is not known: as with most gods she can support who she pleases but appears to the right of the stage.

Pink face, loose black hair, fangs and breasts are all distinguishing characteristics of Durgal, goddess of the kingdom of the dead.