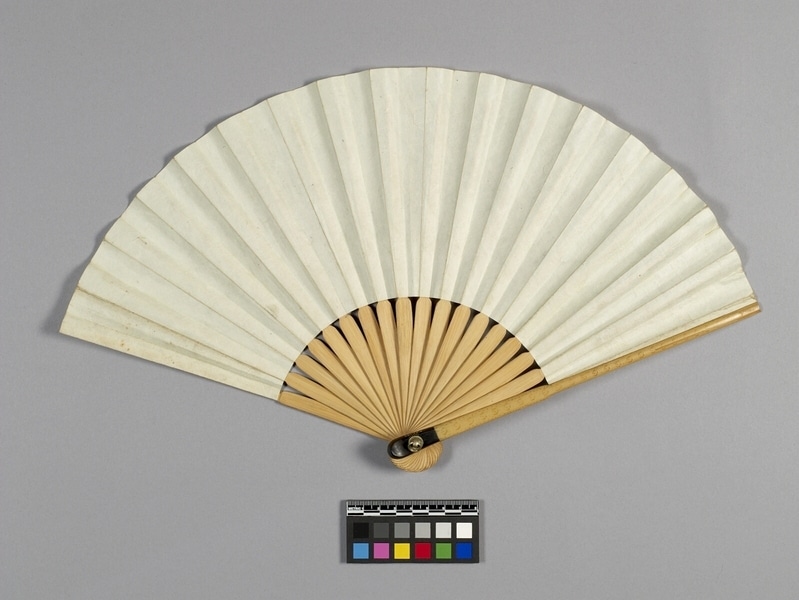 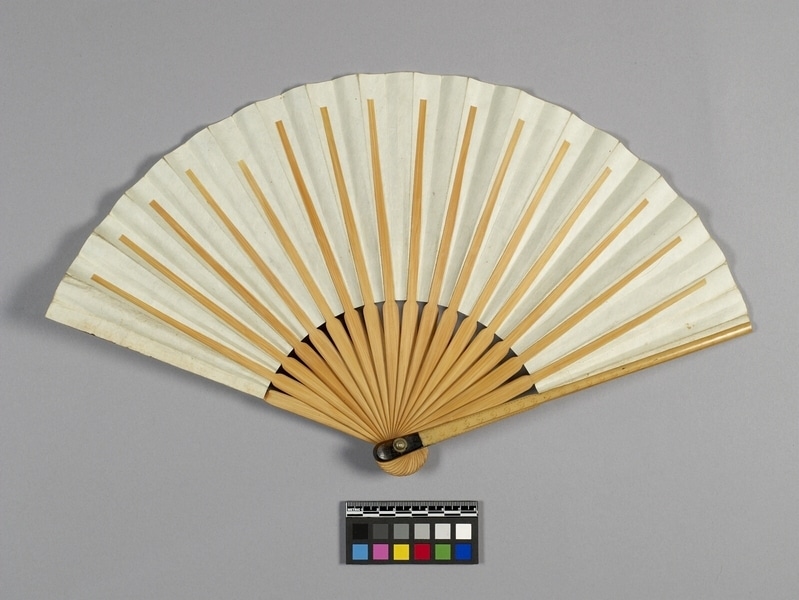 A closing fan with sixteen inner ribs of split bamboo and two bamboo parent ribs with a burnt design each set into a dark rosewood piece through which a brass rivet with a ring is inserted. Fan face is covered with white paper on one side only and is blank.

Folding fans were used by members of the official “Yangban” class, and sometimes by women of other classes. Korean folding fans were very well-made, and were exported to China and Japan during the Koryo and Chosun Periods. Some had a large number of fine ribs. Fans made of plain white paper were used in ordinary life by lower-class people, as opposed to those made of oiled paper. Such fans could be obtained from souvenir stores.