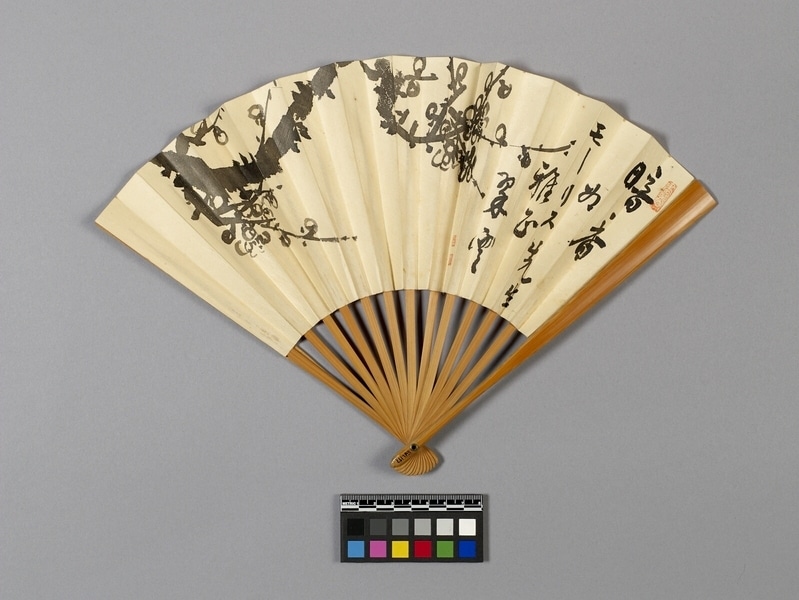 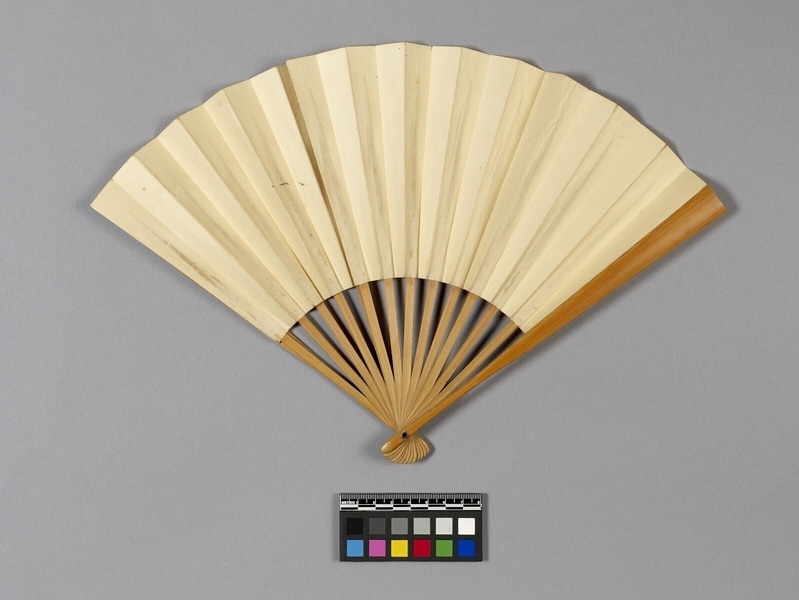 A closing fan with thirteen inner ribs of split bamboo and two bamboo parent ribs. Fan is covered with white paper on one side while white gauze-covered paper is on the other side. On the latter side, there is painted a plum(?) branch, thirteen writing characters, and three seals in red. Painting is all in black.

Folding fans were used by members of the official “Yangban” class, and sometimes by women of other classes. Korean folding fans were very well-made, and were exported to China and Japan during the Koryo and Chosun Periods. Some had a large number of fine ribs.
During the Japanese occupation, many fans were made that did not have traditional Korean characteristics. The ribs were straight-sided instead of curving in at the point where they reach the paper, they were no longer made of Korean hand-made paper, and the ribs were covered with paper on both sides.