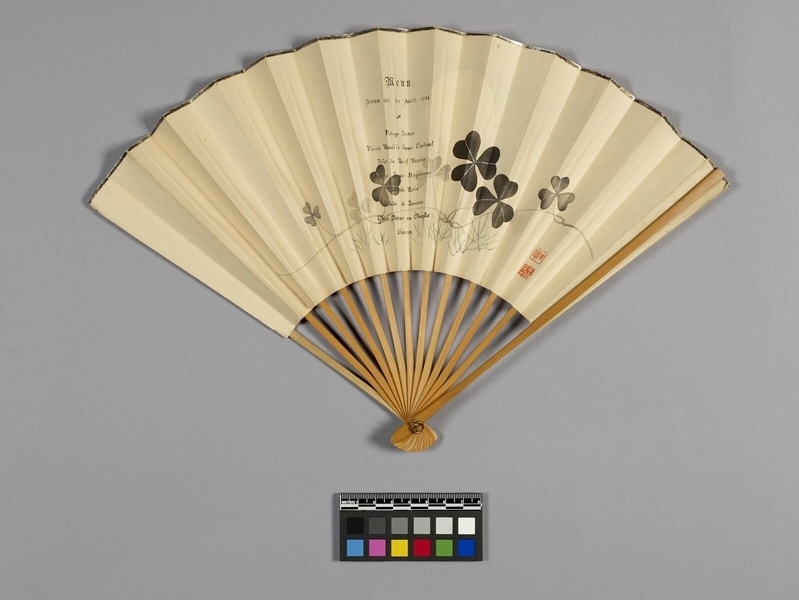 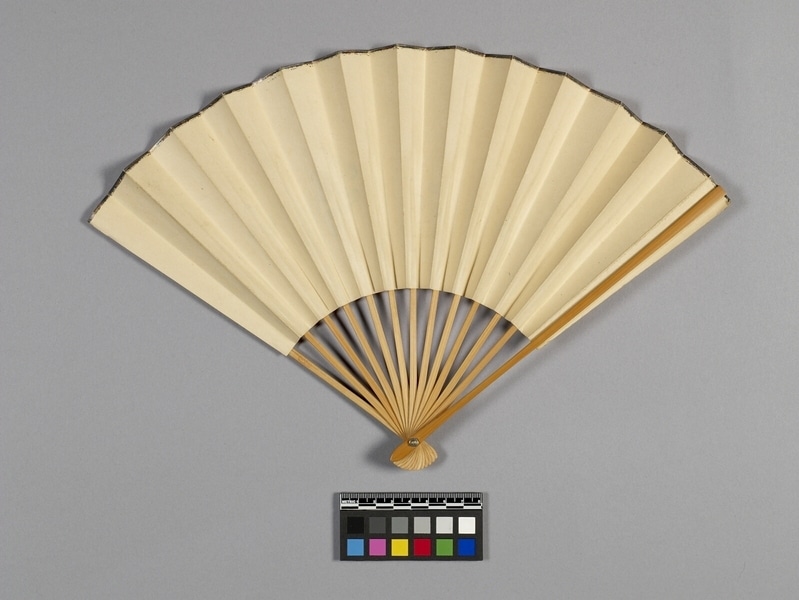 A closing fan with eleven inner ribs of split bamboo and two bamboo parent ribs. Fan face is of white paper front, and back, edged with silver paper on the top, and painted with a design of shamrocks and grass with two red seals, and a menu for August 20, 1924 in French. Fastened with a brass rivet which is broken. Design is in black, grey, green, and silver.

Folding fans were used by members of the official “Yangban” class, and sometimes by women of other classes. Korean folding fans were very well-made, and were exported to China and Japan during the Koryo and Chosun Periods. Some had a large number of fine ribs.
During the Japanese occupation of Korea, many fans were made that show Japanese influence and do not have the characteristics of traditional Korean fans. The ribs were cut straight rather than curving inward at the point where they meet the paper, and the fans were not made of Korean handmade paper.