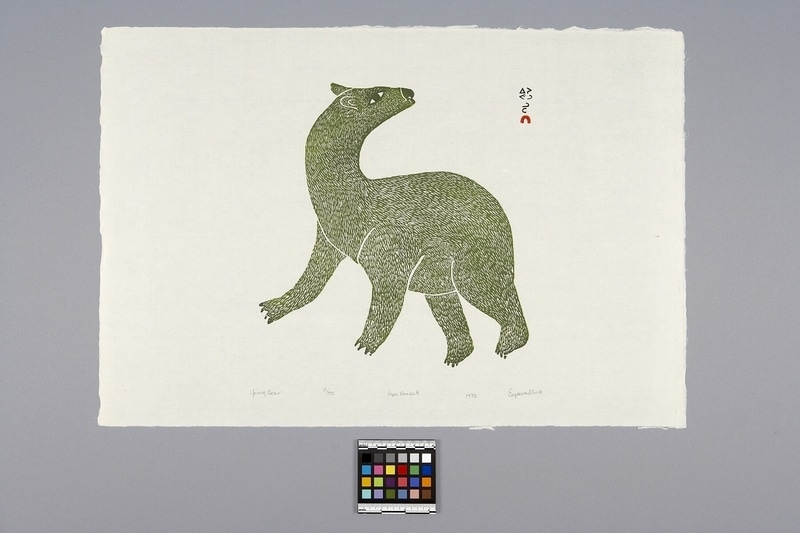 Print depicting a green and white standing bear with its head turned backwards. The artist's and printmaker's names are printed in Inuit syllabics along with the Cape Dorset stylized red igloo seal in the upper right-hand corner of the image. Below the image is written, "Young Bear 12/50 Cape Dorset 1973 Eegyvudluk." The Canadian Eskimo Arts Council blind embossed seal is in the lower right-hand corner.