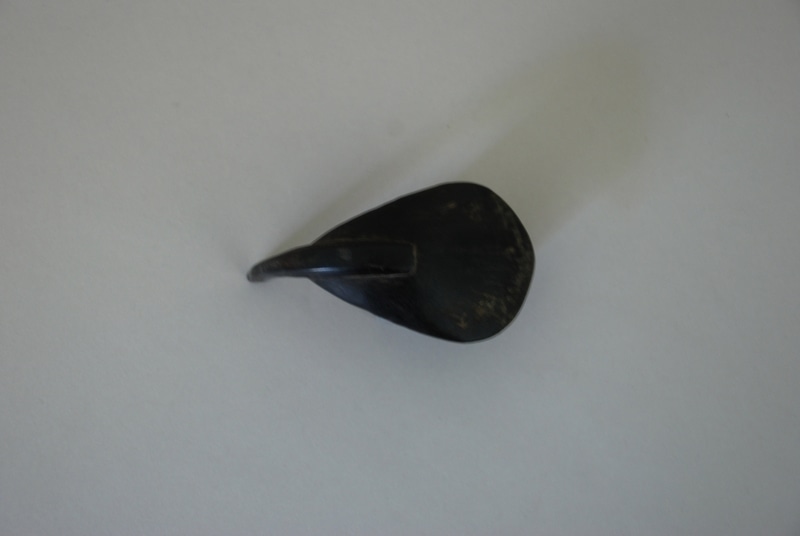 'B: Exhibited in the Captain Cook Memorial Museum, Whitby in 'Smoking Coasts and Ice-bound Seas, Cook's Voyage to the Arctic' Feb- November 2008'A: Made of goat's horn from the Dene and B: made of sheep's horn, from Prince William Sound. From notes by J.C.H. King June 2014B: Exhibited: On loan to Arctic Ambitions: Captain Cook and the Northwest Passage, at the Anchorage Museum, Alaska, 27 March- 7 September 2015; and the Washington State Historical Museum Tacoma/Seattle 16 October- 10 January 2016