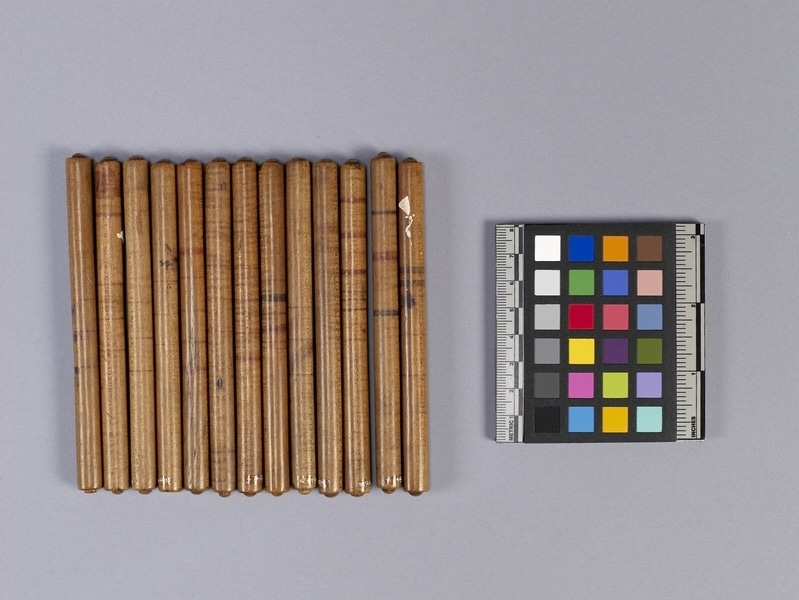 Games of chance have long been popular on the Northwest Coast. Several different types of games were played, including; hand and stick games involving an opponent guessing where a specially marked stick, disc or bone was located. These games were played by men for very high stakes. Counters were used to keep score. It was believed that supernatural powers could affect the outcome of a game, therefore ritual preparations for games were important. Hand games were introduced to the northern areas from the south, where they remain popular today.