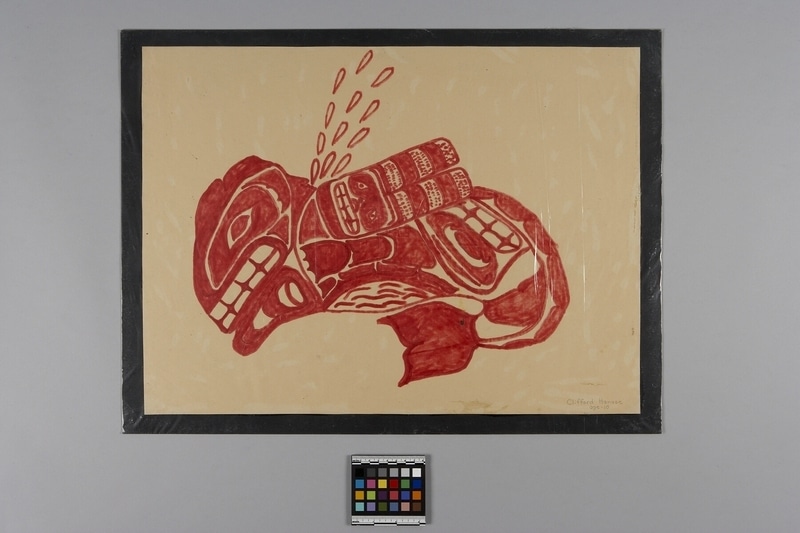 Profile red whale image facing to the left with three rows of ovals extending up from the spout. Felt pen filled design elements including tail flukes and face in fin or wing-like feature behind the spout. Large even teeth are outlined in red. Pencil inscription at the lower right reads 'Clifford Hanuse age - 10'. The drawing is on a horizontally rectangular, yellow-brown paper piece that is glued to black cardboard. Covered with clear plastic.

From a collection of Northwest Coast inspired artwork produced by First Nations children at the Alert Bay Residential School during the 1968 to 1969 school year. The works were also part of an exhibition of student drawings, displayed at the Charles Sanderson Library in Toronto during 1970. Residential schools were operated by religious organizations and followed the regular provincial curriculum. The Alert Bay Residential School was operated by the Anglican Church of Canada. According to the Van Drielens, art was discouraged at the School because 'they couldn't make a living at it'. Clifford Hanuse viewed the two posters he made in this collection at MOA in 2005. He recalled Henry Speck coming to the school to sketch some images for the children to work from.