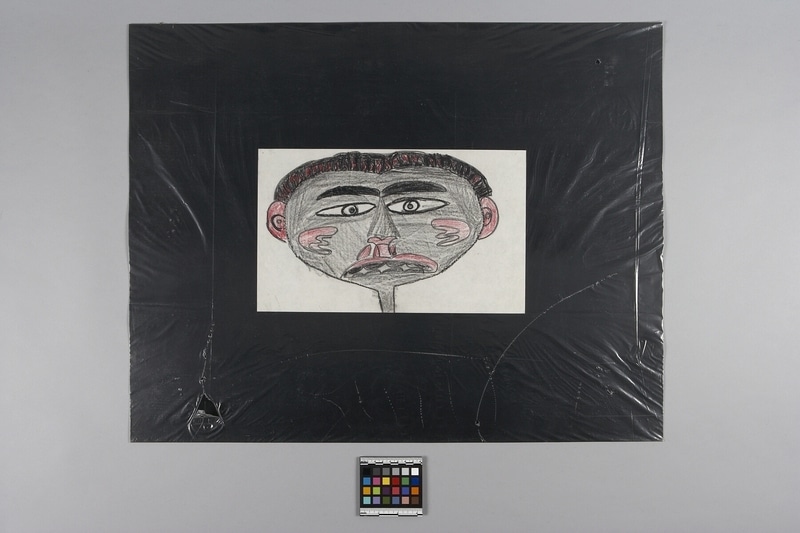 Crayon drawing of a wide, heart-shaped, frontal head with a thin neck at the bottom. Black oval eyes with circle in circle centres, a black triangular nose, and black eyebrows. Red for the ears, cheek patches, nostrils, and upper lip. Teeth are black. Hair is a short, crew-cut style in black with red patches. Face is filled in with black crayon. Drawing is on a horizontally rectangular, white paper piece glued to a black cardboard with the same orientation. Covered with clear plastic.