Cantonese Opera Blouse Item Number: 2701/2 a from the MOA: University of British Columbia 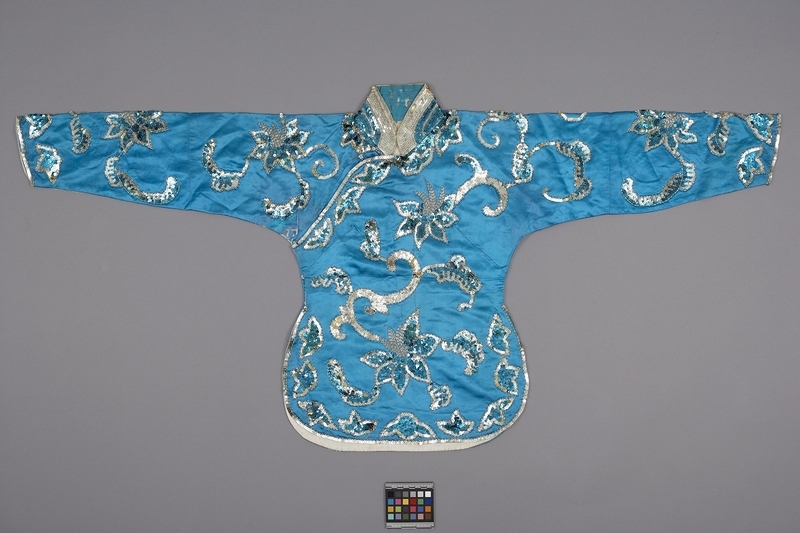 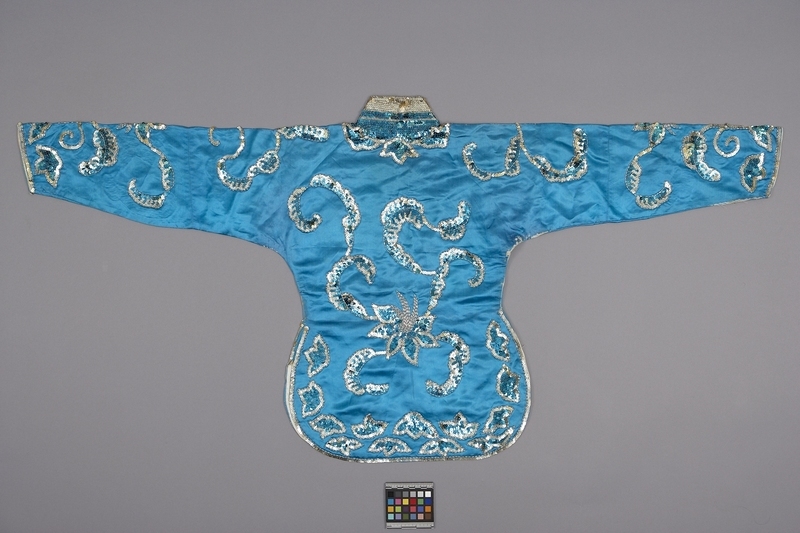 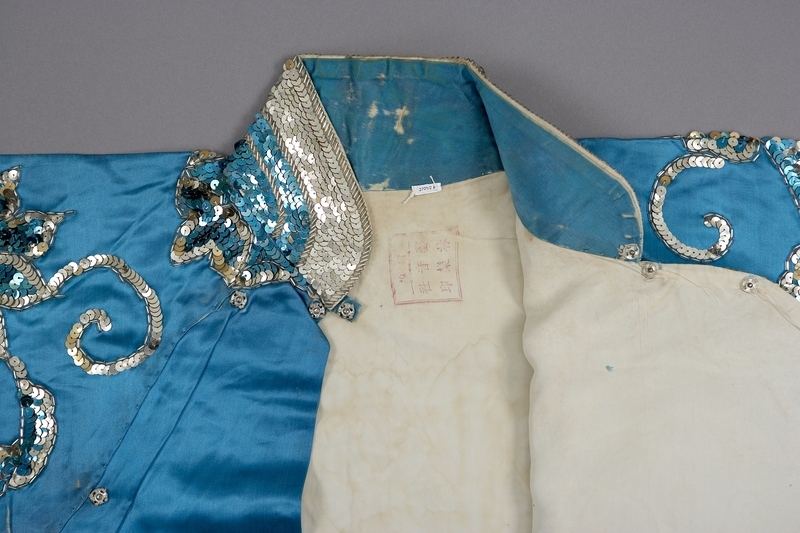 A blouse of shiny blue-green fabric decorated with sequins of darker blue-green and silver in a pattern of lotus flowers, stems, and leaves. The blouse opens at the side and diagonally across the top to the collar and has metal snap-fasteners spaced along the opening. It has a high mandarin collar, long, tight sleeves, white lining, and a curved lower edge. The blouse is wrn with a skirt (2701/2 b) as a costume.

This costume would have been worn by an actress representing a young woman of the early Republican period in Chinese history (c. 1911). Although men played female roles in the early 20th century, by the 1960s female roles were played only by women, with the occasional exception of role types representing old women. During the years 1900-1930, Cantonese opera costumes were decorated with silver-plated brass discs and then with round mirrors, together with gold and silver thread. Sequins made of gelatin were first used on Cantonese opera costumes in the 1930s. Heavily-sequined costumes were popular in the 1950s-60s, with the sequins then being made of plastic. Sequins have continued to come and go in popularity since that time.

The historic period represented is indicated by the fitted shape of the blouse, its curved lower edge, and its high collar.