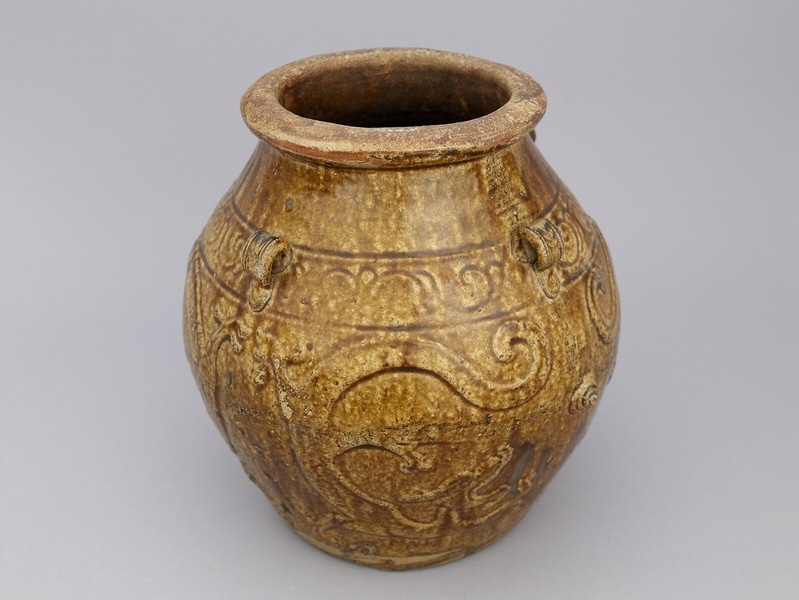 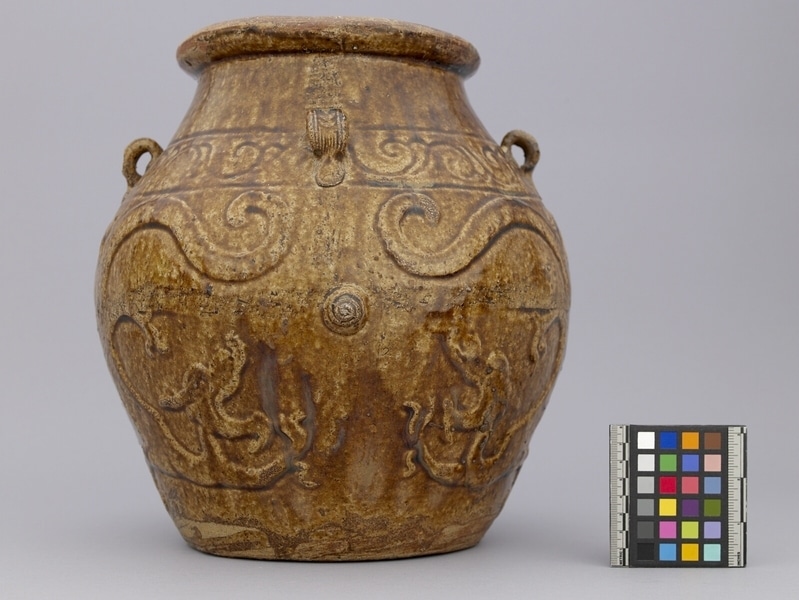 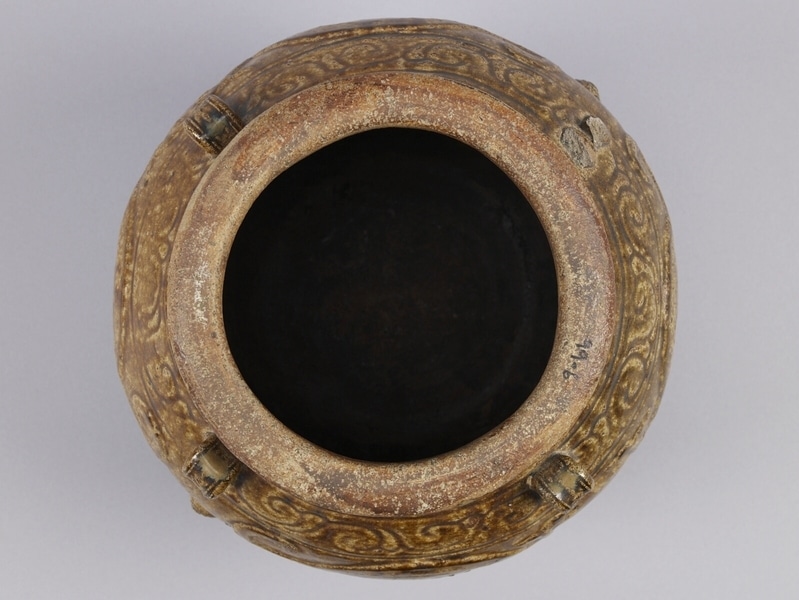 Heavily potted bulbous jar with a wide mouth, thick everted lip and three vertical lugs (one missing). The interior, mouth, area above bottom and underside are unglazed. The shoulder has a band of scrolling wave design. The lugs are positioned equidistant within this band. The main body motif are two pairs of moulded arching three-clawed dragon with sweeping tails each chasing a ball set in high relief. Inked number on lip.

In many indigenous groups of the Philippines, supernatural power was attributed to Chinese ceramics because of the ringing sound emitted when lightly tapped and their vitreous, shiny glazed surfaces which impart an impermeable quality. The ringing sound was seen as a magical voice able to attract the attention of powerful ancestor spirits. Their impermeable and seemingly imperishable surfaces were believed to have great protective power against all kinds of influences, from evil spirits to poisons (Langrick, p. 55-56). While the dragon is a traditional Chinese symbol embodying the yang or male principle and emblematic of good fortune, it is also associated with the mythical naga serpent by the peoples of Southeast Asia. Dragons frequently occur in pairs in Chinese art with each chasing a round object variously interpreted as sun, moon, pearl or the yin yang emblem.

An heirloom piece defined by Dr. Tecson as a piece never in the ground, thus different from an excavated piece, and not necessarily from his family. This piece is from Zamboanga del Sur, Mindanao Island, Philippines.