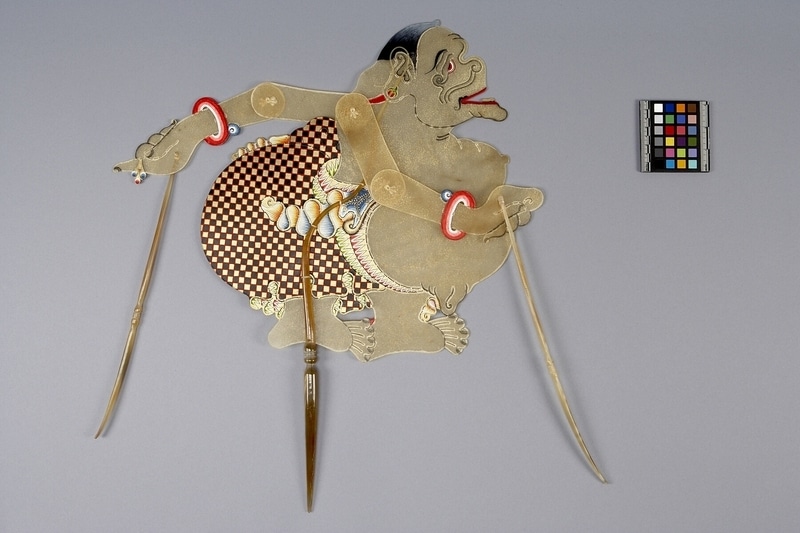 Semar, a shadow puppet character. Male. Most of body is in a natural skin with a large protruding abdomen. Wearing gold and black checkered pants outlined with red. There are three horn handles with rivets at the joints.

Wayang kulit shadow play is over 1000 years old. It is thought to be derived from the leather shadow puppetry traditions of southern India, like tholu bommalata, which came to Java with the spread of Hinduism in the first millennium. In Java - part of the largely Islamic Republic of Indonesia - this highly distinctive form of shadow puppetry is valued as a pusaka, a sacred treasure of the royal court of Yogyakarta. They are inspired by the Indian epics, the Ramayana and the Mahabharata, as well as stories of the history and folklore of Java, with a local spin. The plays are performed to mark special occasions such as birthdays, marriages, and religious events. Wayang shadow puppetry was inscribed on UNESCO's List of the Intangible Cultural Heritage of Humanity in 2008. (from Shadow, Strings & Other Things, 2019)