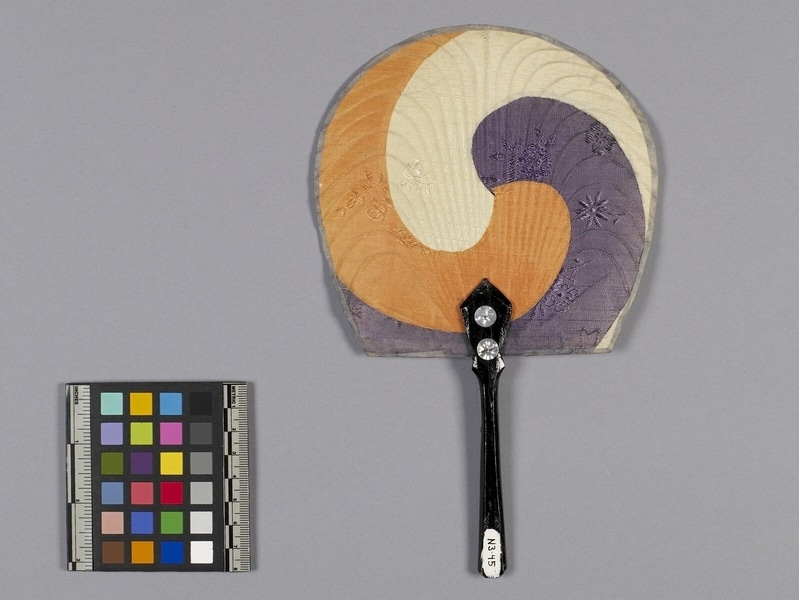 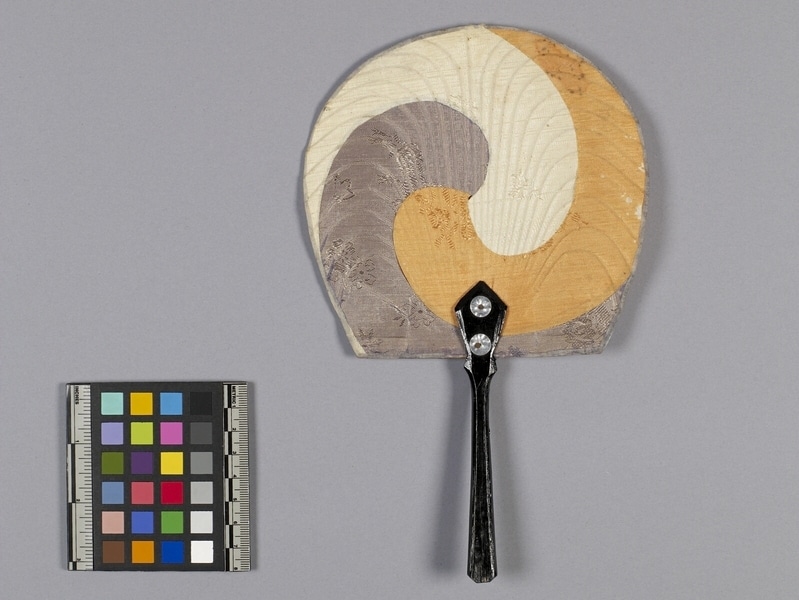 Flat fan made of finely-split bamboo flaring out from its attachment point to a long wooden handle painted black. Bamboo strips are bent downwards near the perimeter of fan, those on each side bending away from centre strip. Perimeter of fan is circular except for the lower edge where the handle is attached, which is straight and at right angles to handle. Fan is covered with pieces of floral-patterned silk, cut to form a design of three swirls converging at the centre, coloured purple, orange, and pale green on one side, and grey, very pale green, and pale orange on the other. It has a narrow edging of grey paper. The fan is inserted into a split in the handle, which is flat and lozenge-shaped where it covers the fan, which is attached with two rivets.

Flat fans covered with silk were made with the following steps. Bamboo was split very thin to form the ribs and then spread evenly on a piece of Korean hand-made paper. Alternatively, wire may have been used, as the ribs are bent. Another piece of paper was put over the ribs, adhered with thin rice flour paste. Pieces of coloured silk were then adhered on the surfaces to form the designs. When the paste had dried, the edge of the fan was cut to create its shape. Additional paper was added around the handle. The surface was then oiled with an oil such as sesame seed oil, or lacquered. A paper edging was applied. Then the fan was inserted into the handle and riveted in place.

The three swirls represent the “Tae-guk” symbol on the Korean flag, which stands for harmony.