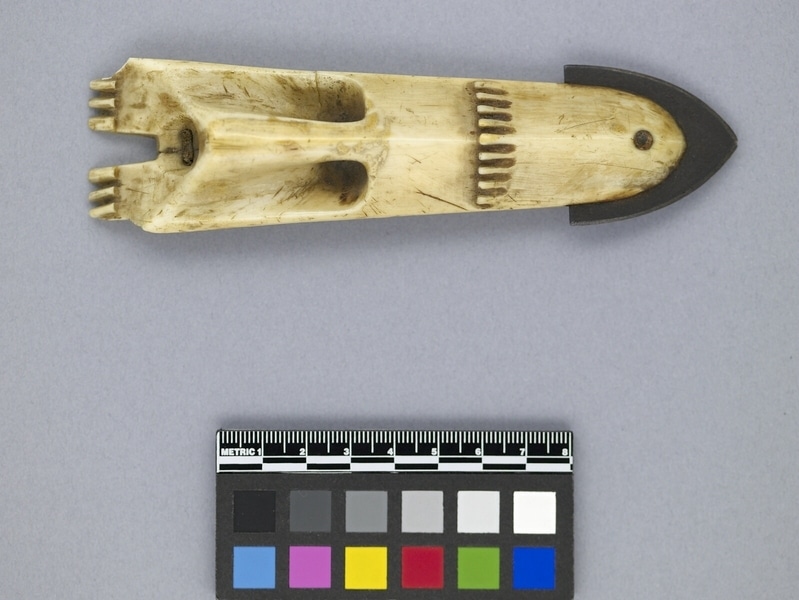 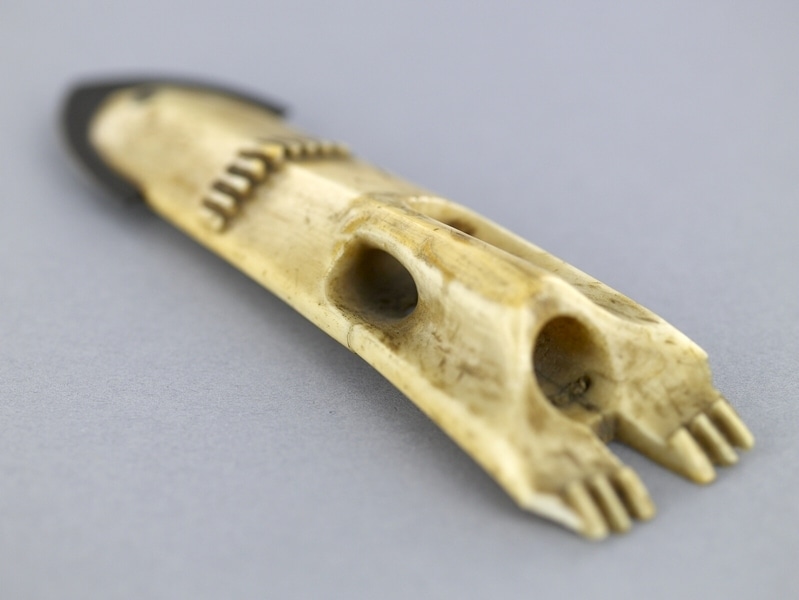 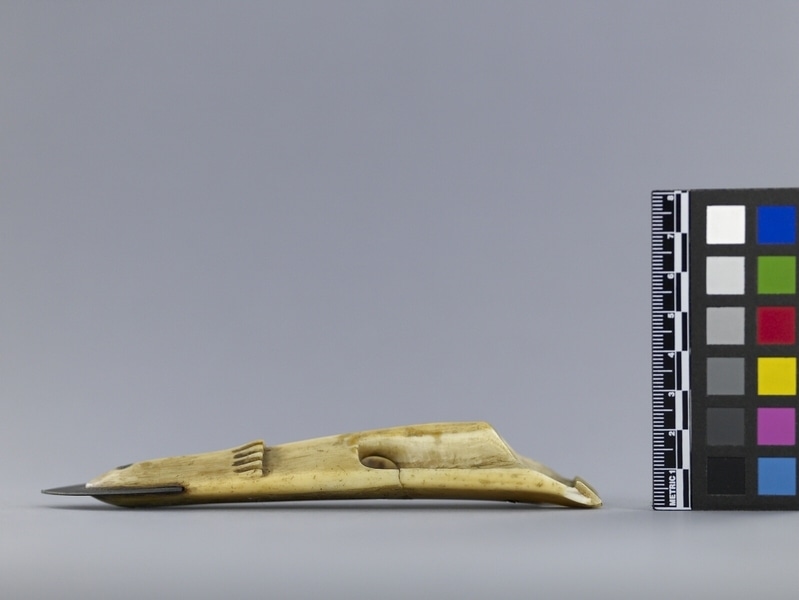 White-yellow carved walrus tusk with one end consisting of two grooved squared-off points that each have three serrated ridges. The centre consists of a raised ridge with two deeply carved indentations on either side leading to a hole on the underside of the object. Three-quarters of the way down the point, there is a band of nine serrated ridges extending the width of the point. At the end of the point tip there is a circular piece of metal that attaches the black-brown coloured metal point to the tusk.

Holding Institution
MOA: University of British Columbia
Made in
USA