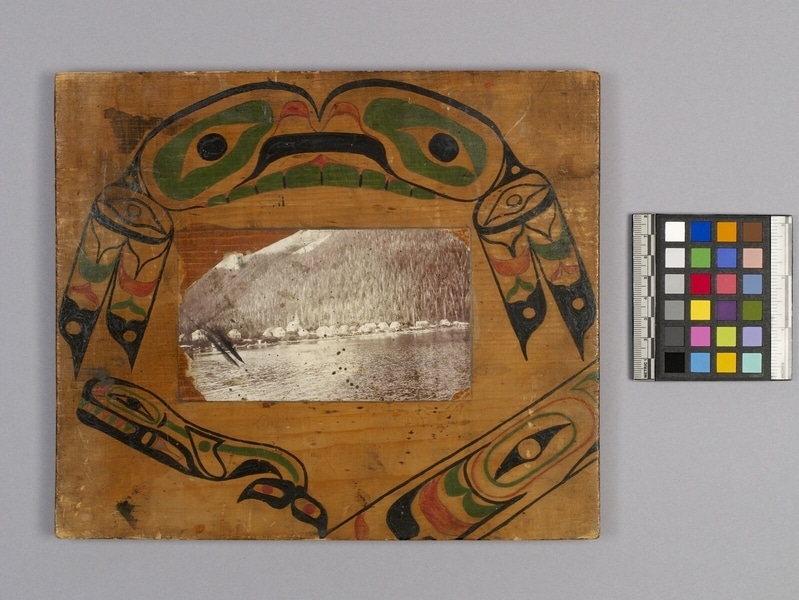 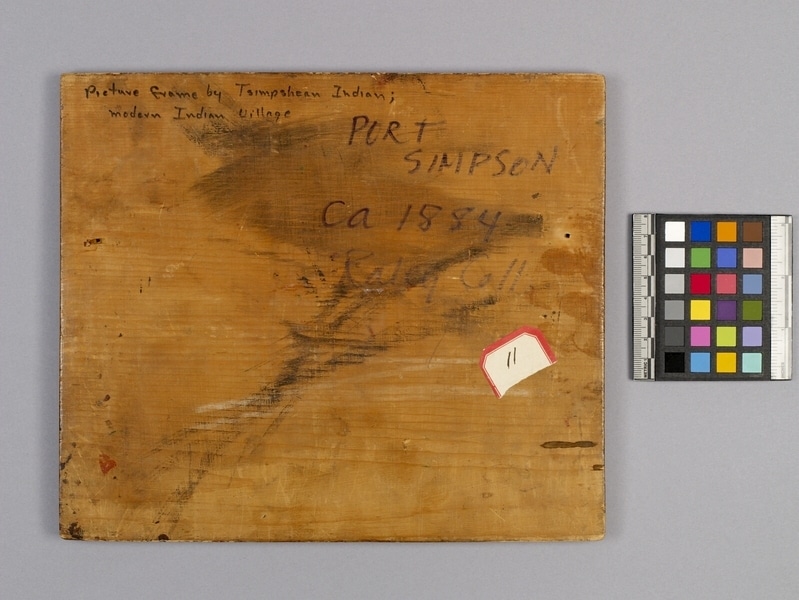 Wooden picture frame with photograph of a coastal village glued onto the centre. Frame is painted red, green, and black with Northwest Coast images. Inscription on reverse.

Inscription on reverse reads: "Picture frame by Tsimpshean Indian; modern Indian village PORT SIMPSON ca 1884 Raley Coll". In 1831 Fort Nass was built at the mouth of the Nass River, but was soon renamed Fort Simpson after Captain Aemilius Simpson who chose the site but died four months after its establishment. In 1834 the fort was moved and reestablished at the Tsimshian summer village of Lax Kw’alaams. The first HBC factor at the new Fort Simpson married the daughter of Gispaxlo'ots Chief Legaic, as part of the diplomacy which established the fort on their territory. In 1880 the community was renamed Port Simpson. In 1986 the name Port Simpson was officially changed back to Lax Kw'alaams ("place of wild roses").