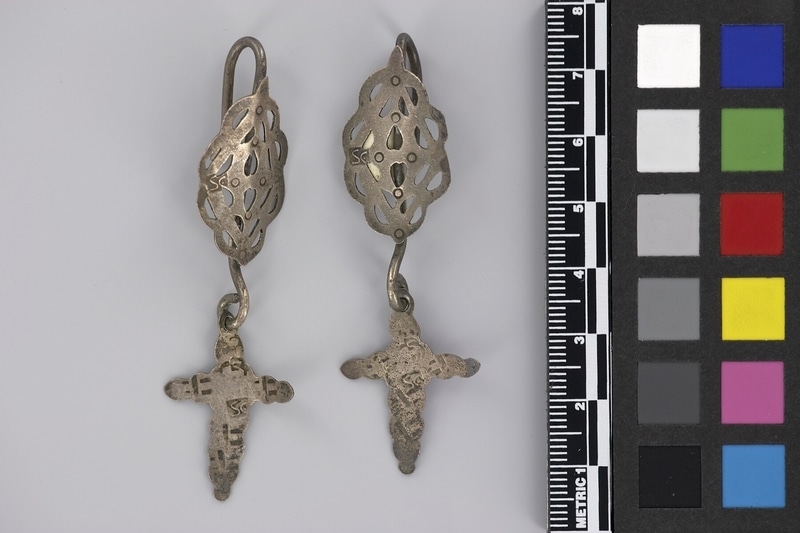 Pair of hook earrings, each with a cutout oval and a cross suspended from it. The oval has 8 scalloped edges and 18 half-moon cutouts and 3 heart-shaped cutouts in the centre. The cross is engraved and stamped with maker’s mark. Maker’s mark also stamped on face.

Silver ornaments represent an important part of early exchange between Europeans, including fur traders, and First Nations peoples, especially in eastern and central Canada and the U.S.A. Initially, the main source of silver was British, French and Spanish coins. Most ornaments were produced by silversmiths of European origin in North America and Europe, and were actively traded only from 1760 to 1821. By the mid-18th century silver objects were produced in New England, Quebec and Montreal. Silver was used by First Nations peoples as a sign of rank. Silver ornaments in these styles continue to be produced by native silversmiths in central Canada and the U.S.A. The cross was the oldest form of trade silver, introduced by French missionaries to North America for presentation to converts. Crosses were later used as trade silver with no religious connotations. They circulated well into the 19th century, and were usually worn on the chest.