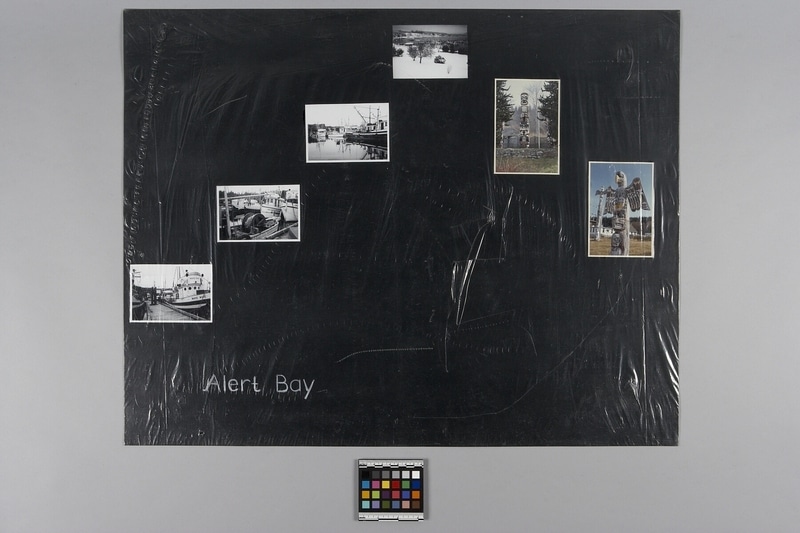 Six photographs, four in black and white and two in colour, in an upside down V-shape across a horizontally rectangular, black background titled 'ALERT BAY' in white pastel. Photos depict outdoor scenes. From the bottom left to the fourth at the top and the last two down to the right, the pictures are as follows: boats at a dock including the ‘White Wave’; boats at a dock including ‘LONDON ?’ and ‘J14’; more boats; a winter snow scene; a totem pole with two smaller ones and a fence behind; and a totem pole that has three-feathered wings at the top in front of a smaller one. Poster is covered with clear plastic sheeting attached by masking tape.

From a collection of Northwest Coast inspired artwork produced by First Nations children at the Alert Bay Residential School during the 1968 to 1969 school year. The works were also part of an exhibition of student drawings, displayed at the Charles Sanderson Library in Toronto during 1970. Residential schools were operated by religious organizations and followed the regular provincial curriculum. The Alert Bay Residential School was operated by the Anglican Church of Canada. According to the Van Drielens, art was discouraged at the School because 'they couldn't make a living at it'.