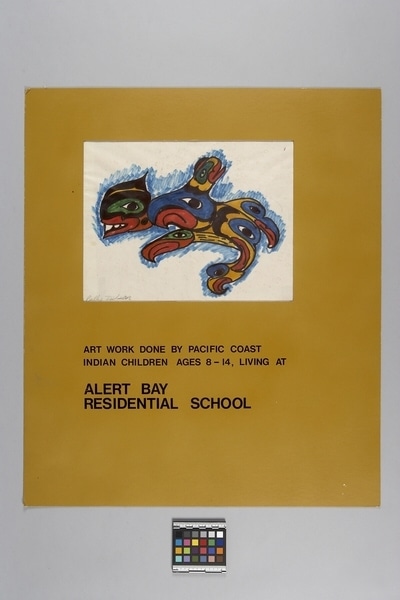 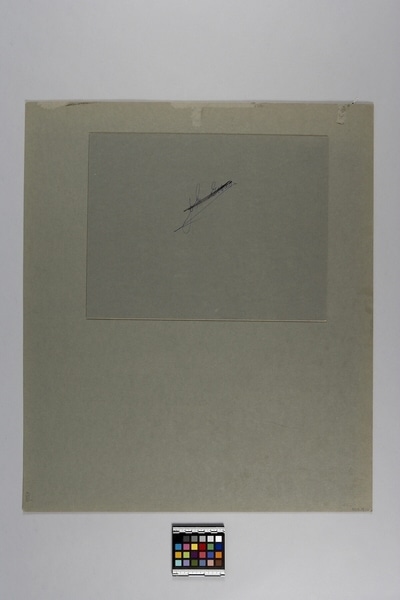 Felt pen and painted (?) image on a horizontal rectangular white paper covered with a plastic or Mylar sheet and mounted on an introductory, vertically rectangular, yellow cardboard, exhibit panel. Black 'Letraset' type lettering on cardboard below picture reads 'ART WORK DONE BY PACIFIC COAST / INDIAN CHILDREN AGES 8 -14, LIVING AT / ALERT BAY / RESIDENTIAL SCHOOL'. Image is of a multicoloured left facing, profile whale-bird and whale head with a bird head behind and three right facing bird heads forming the tail and hind limb or fin. Bird-like head at the front limb or fin and a head at the dorsal fin on the top. Blue shading around the image. Pencil signature at the bottom left reads 'Billy Nelson'. Signature of John Gomes is crossed out on the back.