Soul Catcher Item Number: A150 from the MOA: University of British Columbia 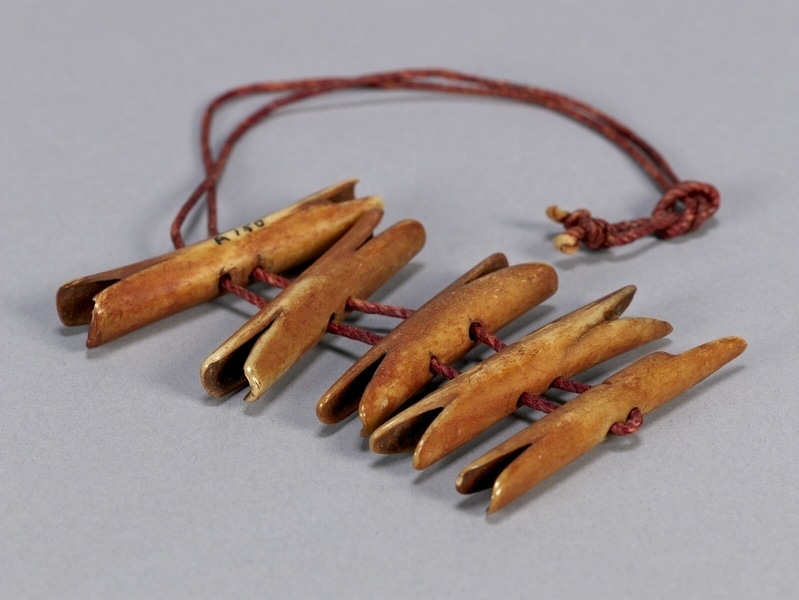 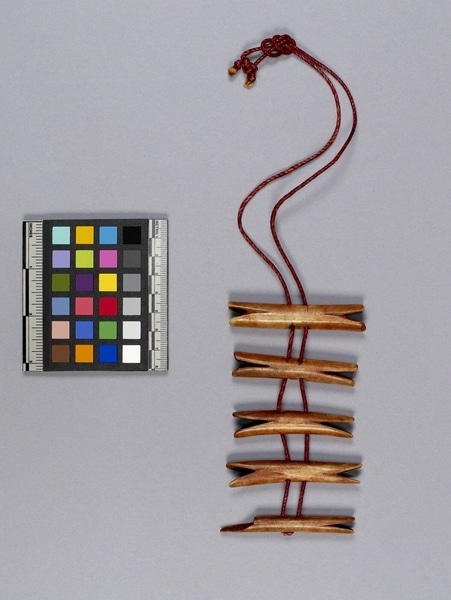 Five bone soul catchers strung together on a string, carved with both ends open, and stained with red ochre.

Soul catchers were used by a shaman to capture and return souls that had left the body, thus causing illness. Originally cedar bark plugs were used in the openings at either end to contain the spirits or souls, that had been captured to return to a host.

According to Burnett, this outfit (A146, A149-A153, A155-A157) "...belonged to the late Medicine Man Najieksum Illthpooen (the tail of the whale), of the Kityelash tribe, the people who live by the strong water, Port Essington District ... and was purchased from his widow by the Methodist Missionary of that district."