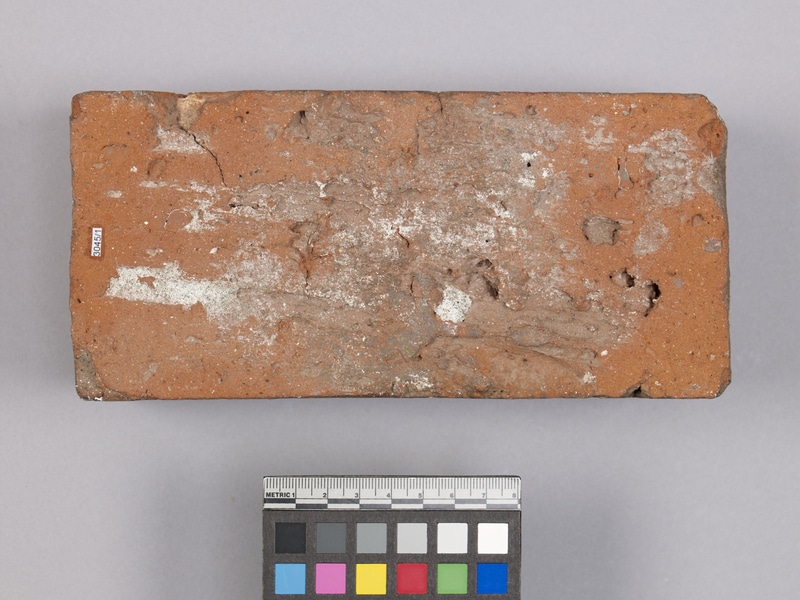 One rectangular reddish brown clay brick with a slight intentional rectangular depression in the top surface. Brick has many chips, as well as splashes of green paint and white accretions.

Brick from the outer wall of the building in Alert Bay ('Yalis) that used to be St. Michael's Residential School. The school was built in 'Yalis in 1894 and operated by the Anglican church from 1929 until the 1960s. In 1973 St. Michaels was turned over to the 'Namgis First Nation, however the building is now slated for demolition as it is collapsing and too costly for them to renovate or maintain.