Armband Item Number: 3103/23 from the MOA: University of British Columbia 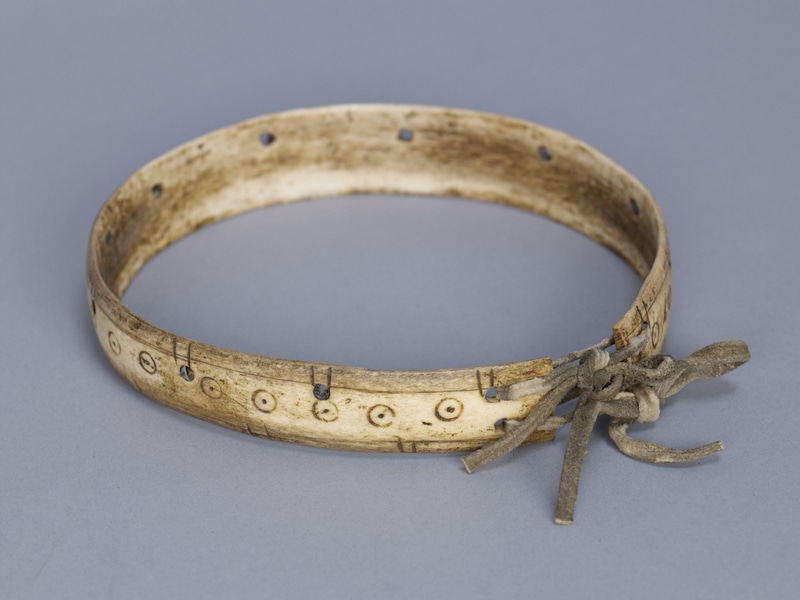 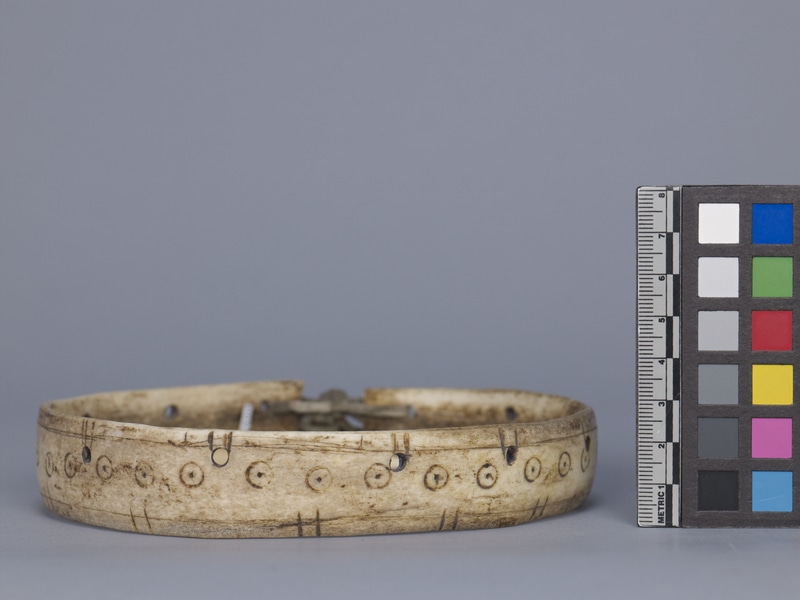 Large band of bent antler tied together at ends with two hide ties. Engraved with repeating pattern of circles, with a dot in the middle, and pairs of lines carved near both edges. Drilled holes top the pairs of lines on one side of the band. Two lines around the outside surface separate the three patterns.