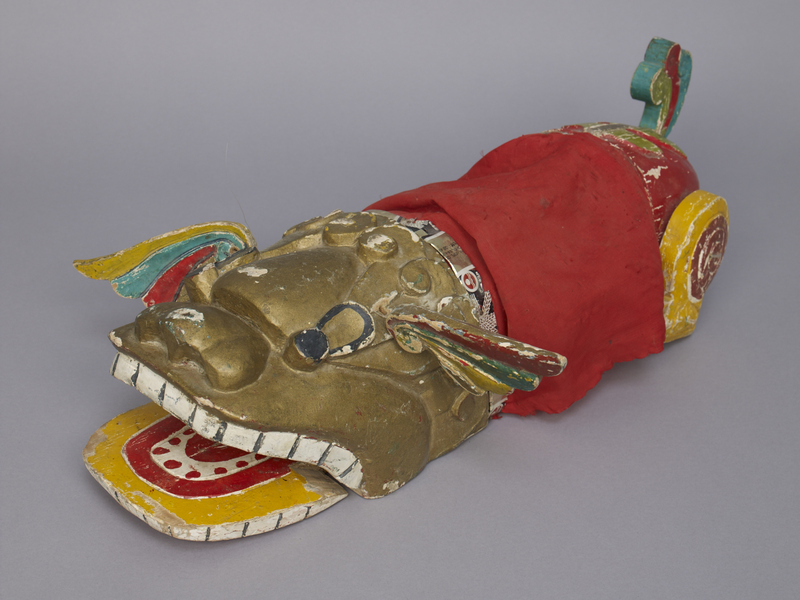 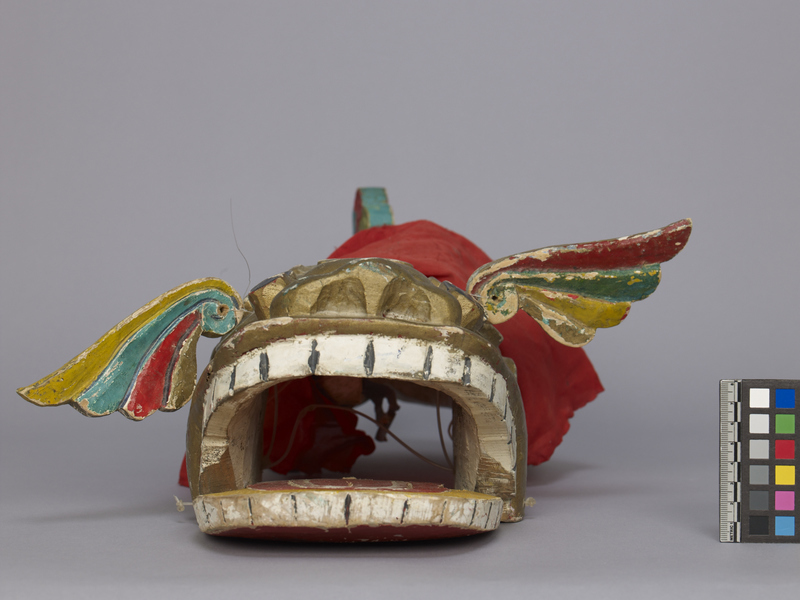 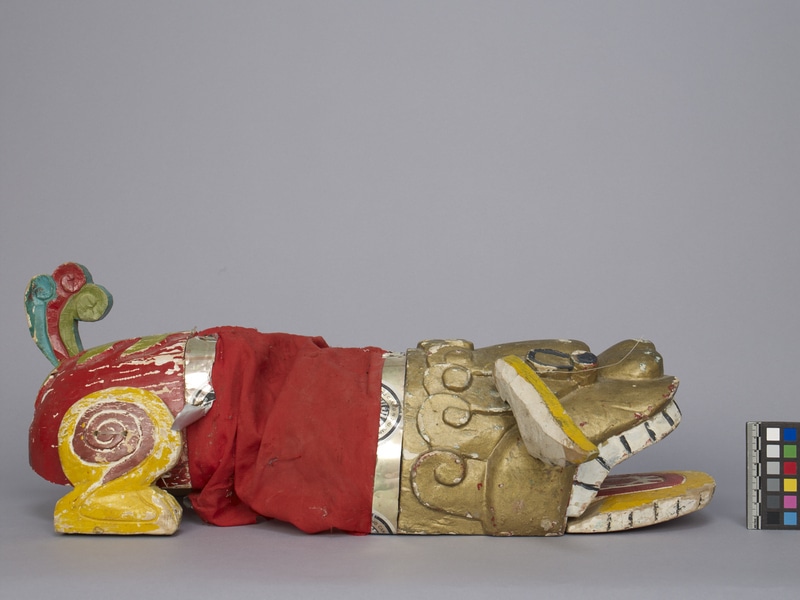 Water puppet of a unicorn (or lion) character. Puppet is carved from wood with a large head painted gold, a wide nose, and a fierce moveable mouth barring white teeth. Eyes protrude from a scowling brow in front of a curling mane. Eyebrows are fan shaped and multicoloured, attached to the face by fishing line. The midsection is made of plastic tubing to enable movement, and covered by red cotton fabric. The rump of the animal is wood, with moveable yellow legs to each side and a raised tail of green and red curls at centre back. Tin is attached to the interior edges of the head and rump where they meet the red cotton midsection.

Water puppets (mua roi nuoc / múa rối nước) are used in a unique form of rod puppetry found only in Vietnam. The stage is an enclosed pool of water, smoke and firecrackers burst over the surface and musicians play instruments in time to the puppets’ actions. In Vietnamese water puppetry, there are a series of short sequences or skits rather than a singular narrative. The skits are full of humour and satire and depict the folklore and culture, everyday lives, and comic misadventures of rural people, who work on the river and in the rice-paddy fields. There are also sequences that depict mythological characters, creatures, and tales, such as The Dance of the Princesses and Fairies and the Fabulous Unicorns (Ky Lan) Playing with a Ball (from Shadow, Strings & Other Things, 2019).