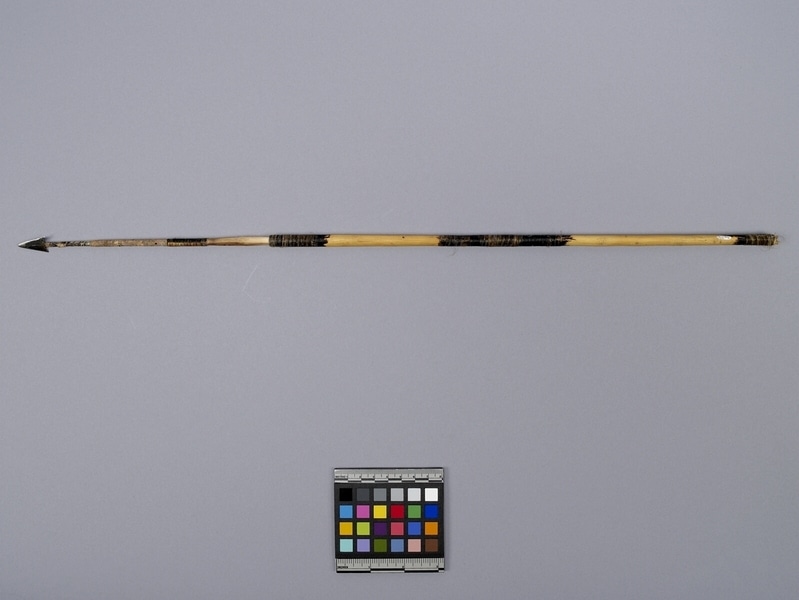 Metal double-barbed point (part a) with a bark-covered fore-shaft, fitted into a sinew-wrapped reed (part b). The arrow is a series of reed and wood fitted together and glued with black pitch. The reed sections have further pitch-blackened sinew wrapping at the centre, end, and near the bark fore-shaft.

Used as exchange items with between those affined or agnate relations. If an animal is killed by a relative's arrow, part of the meat is acquired by the relative. Since reeds grow near bodies of water, those areas lacking in water receive their reeds by trade. If broken, reeds are carefully repaired with glue and sinew.

Holding Institution
MOA: University of British Columbia
Made in
Botswana