Jar Item Number: 3157/13 from the MOA: University of British Columbia 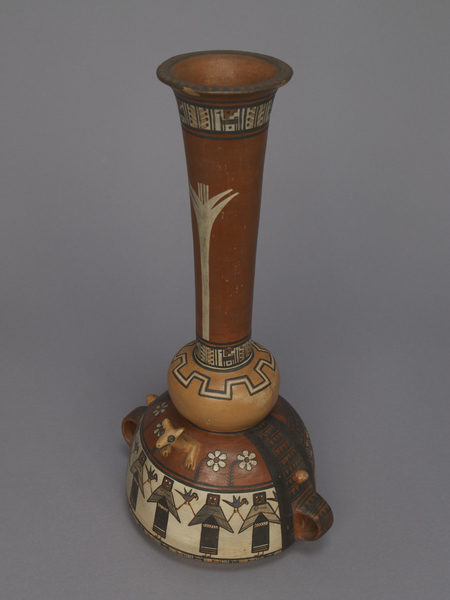 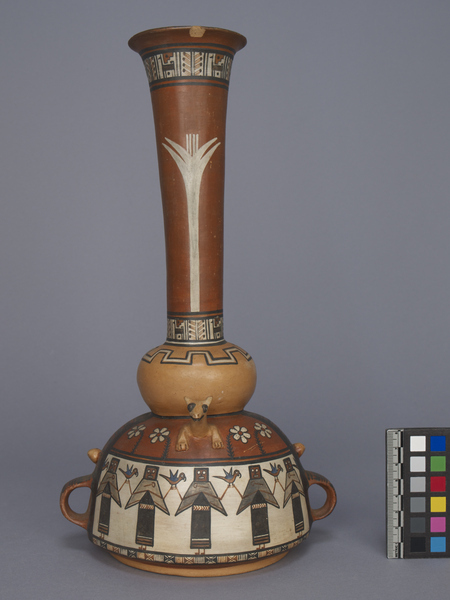 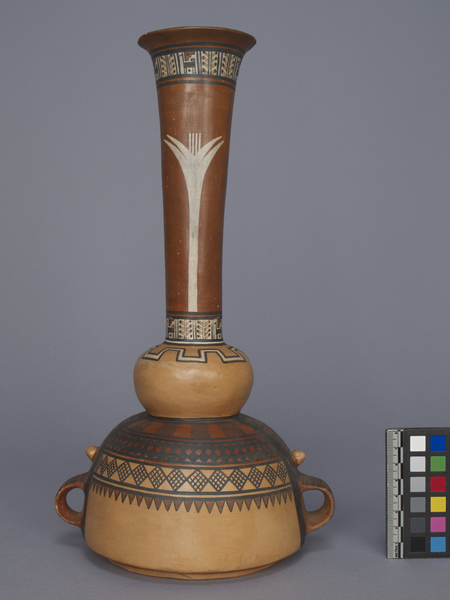 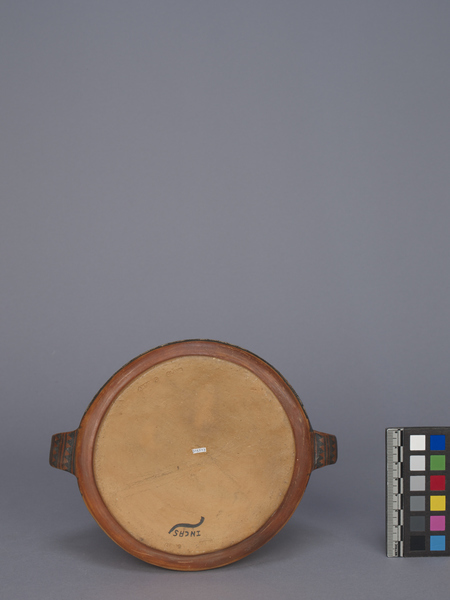 Inca style contemporary pot, or jar, with tall spout. Small handles, one on each side, with red and black geometric design. There is a repeating pattern of human figures holding birds on the front, with a three-dimensional animal figure above, and bands of geometric patterns on the back. The spout extends from a bulbous centre and is decorated with similar bands of repeating llama and plant-like designs.