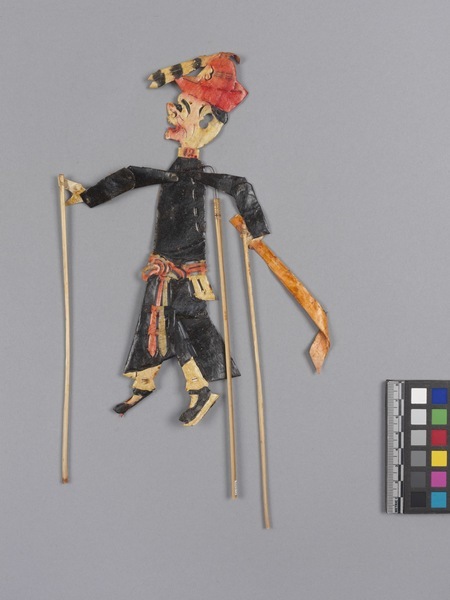 Shadow puppet of a Yeoman runner. Made of paper which has been cut and painted to depict him wearing a black shirt and pants, which are tied at the waist by red and green ties. He wears a large red hat with striped feathers extending out the front. He has a large nose, and open mouth exposing some teeth. In his left hand he carries a longsword. Operated by three rods. Joints at the shoulders, elbows, hands, waist, and knees. '12' is painted on the collar.

This set of puppets (3322/1-30) was a gift to Muriel King in 1935. "Donated in memory of our mother, Muriel Wallace Burnaby King, from Catherine Christou & Robin King."