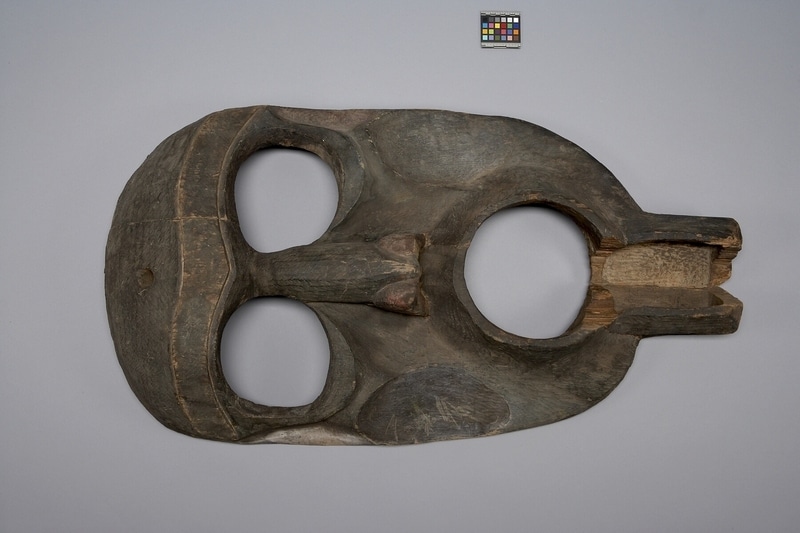 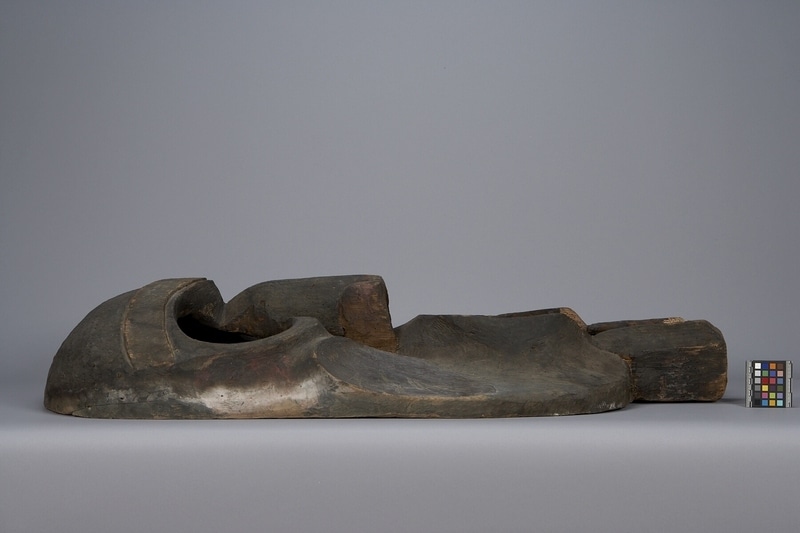 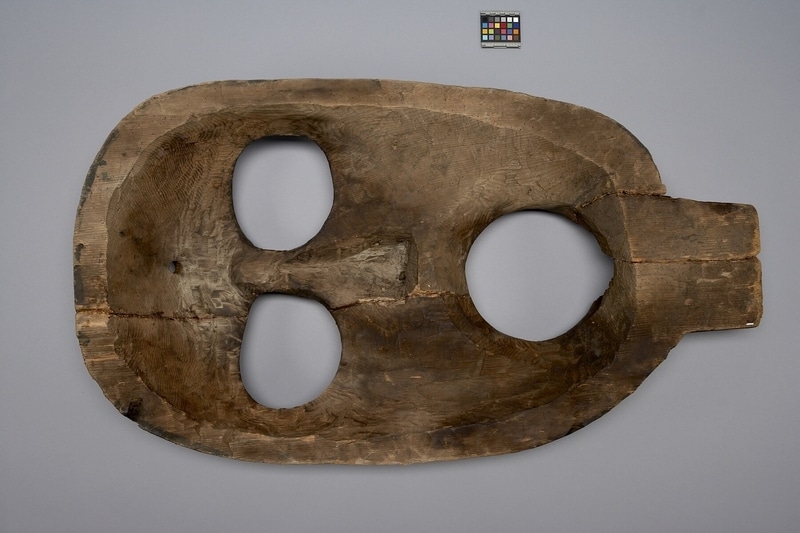 Large carved, dark brown head with pronounced features like hollow cheeks and eyes, pursed lips, elongated slightly hooked nose and one thick double-arched eyebrow over both eyes. Back hollowed out: two joined pieces form oval tapering to base that has neck-like projection hollowed out in front. Forehead's centre has borehole; nails hammered into head's top; some red pigment on nose and temples; forehead, eyebrow, and nose are textured by small diagonal cuts in surface.

Dramatic displays of rank and privilege have traditionally been part of the oratory, dancing, regalia, and feasting that accompany the Kwakwaka’wakw potlatch. Immense feast dishes representing Dzunuk̓wa (Tsonoqua), or Wild Woman, were used at events where the host would challenge his rivals to promise future feasts. The placement of the dish, and the manner in which chiefs were served from its various parts, would reflect the rank of each tribe and sometimes fuel rivalries among them. These are often of giant size. Also as 'gikaml', chief's mask, which is usually of moderate size.

Dzunuk'wa (Giantess, Tsonoqua) is usually recognized by her blackened face, sunken eyes and cheeks, and pursed lips. Tsonoqua was a female giantess who inhabited the distant forest and mountains. She had a distinctive cry 'hu, hu' and was particularly threatening to children. She could also be benevolent in some aspects. Used as a crest she was associated with wealth, power, and good fortune. Another aspect of Tsonoqua was to control the magic 'water of life', a gift she bestowed on a family that wrested her secrets from her. Importance seen in her magical Sisiutl house beams and posts with many filled boxes of treasure within. She is one of a large family of giants who lived in the faraway mountains and woods. A myth tells of the basket she carried on her back in which she collected children, taking them home to eat. The children usually outwitted her, however, because she was slow-moving.