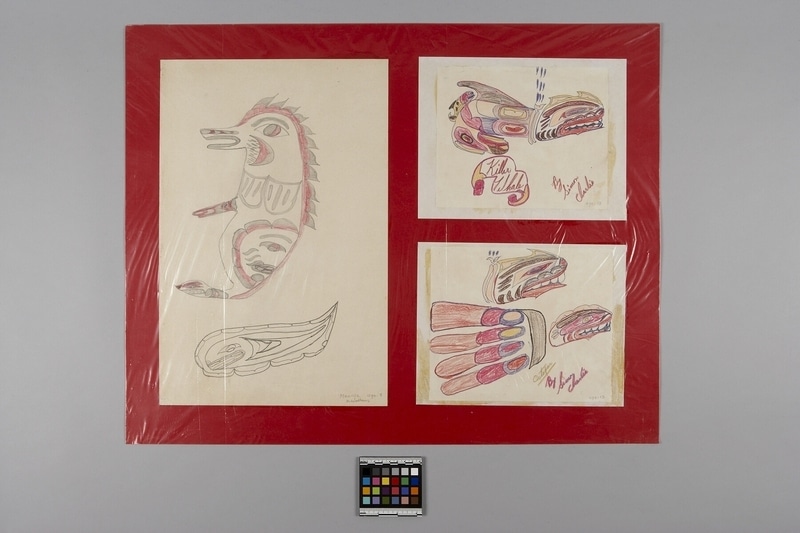 Three drawings glued to red cardboard. Drawing on the left has two profile creatures, top one of which is a seal ?, facing left with a face on the back in pencil with red details including petal-like protrusions all around. Bottom is a line drawn whale surrounded by row of u forms on top and split u's below. Pencil inscription at the bottom right reads 'Maurice age - 8' with 'M. Wadhams' printed below in ink. Drawing at the top right is of a whale facing to the right side. Three rows of blue dots extend out of the spout. There is a small whale figure behind the dorsal fin. Design elements are variously coloured in orange, pink, red, purple, and brown. In red, 'killer Whale' is written in an image below outlined by a scroll. At the bottom right, there reads 'by Simon Charlie age - 13'. Drawing at the bottom right has a whale-like head at the top, a second head below and to the right with four segmented appendages to the left. Similar colouring as the picture above it. Below, there reads 'Octopus by Simon Charlie age - 13'. Covered with clear plastic.