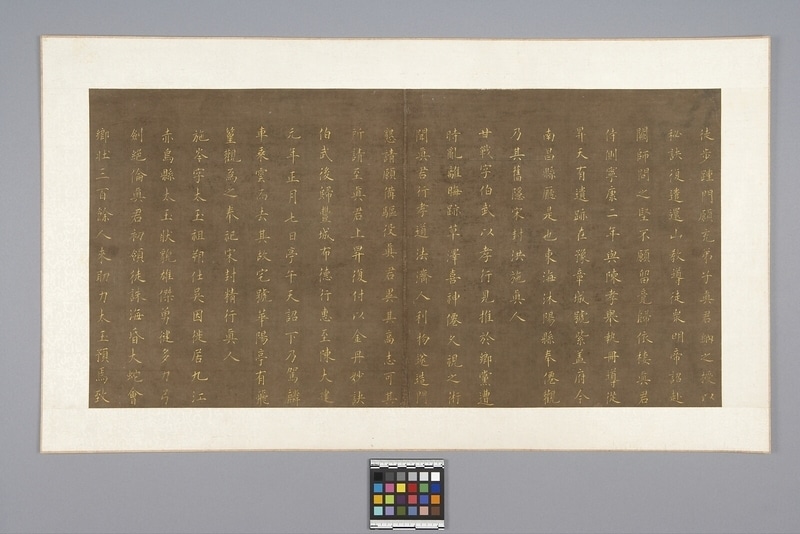 Daoist album leaf. Gold painted Chinese calligraphy in 20 columns on a piece of brown silk that has been mounted on off-white damask-patterned silk on paper.