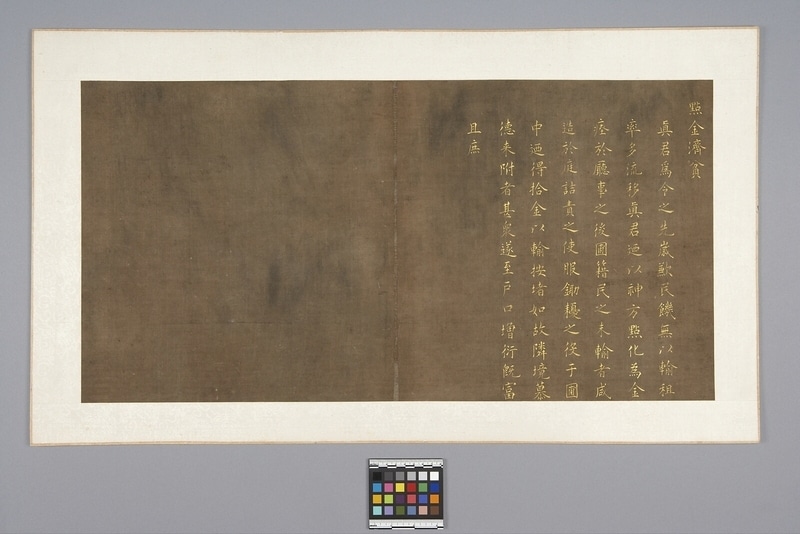 Daoist album leaf. Gold painted Chinese calligraphy in eight columns on a piece of brown silk that has been mounted on off-white damask-patterned silk on paper. The text relates to Xu Xun and the depiction of him rescuing the poor with transmuted gold.

Holding Institution
MOA: University of British Columbia
Made in
“China” ?