Basket Item Number: A7208 a-b from the MOA: University of British Columbia 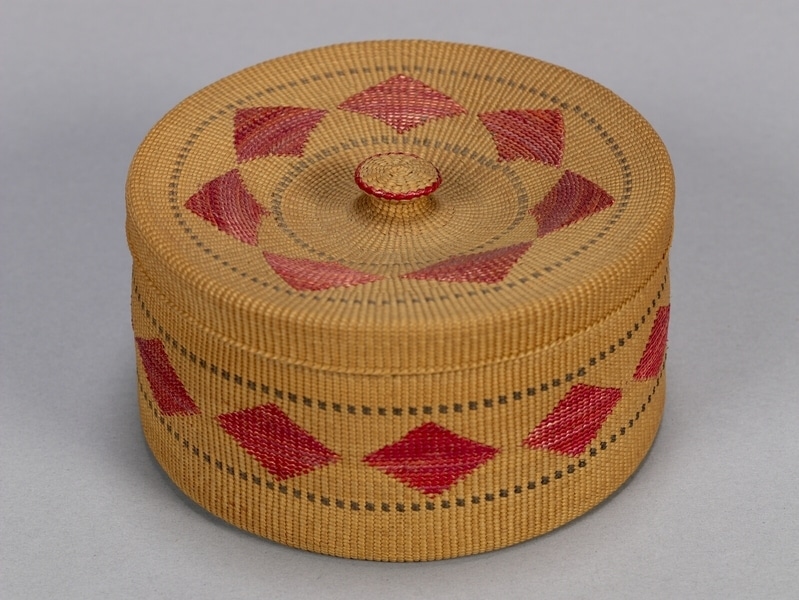 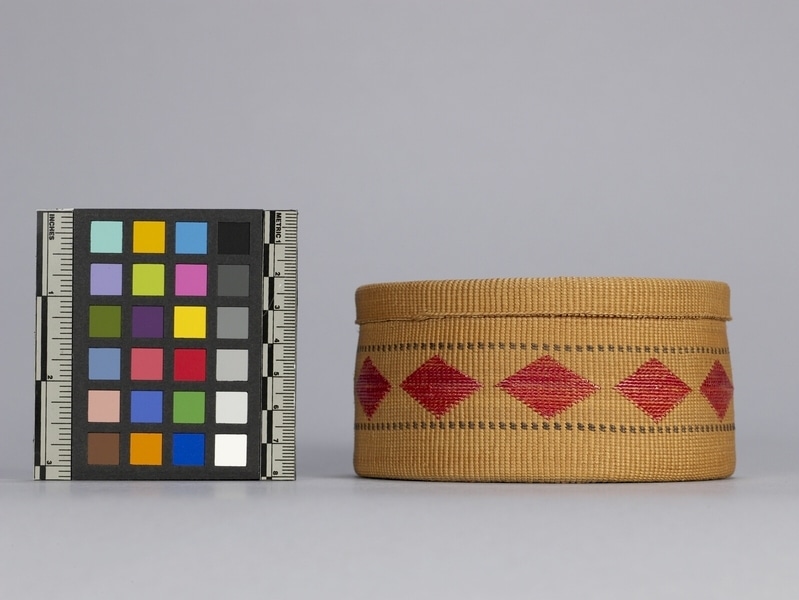 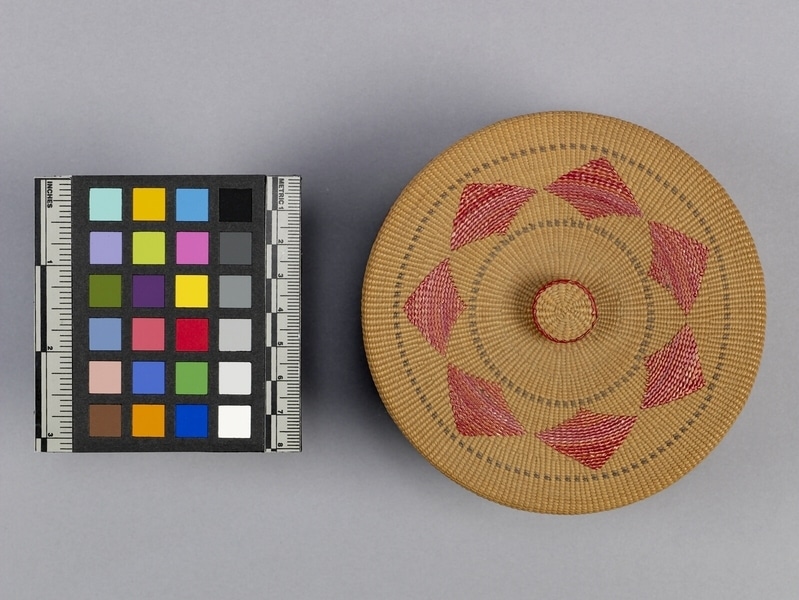 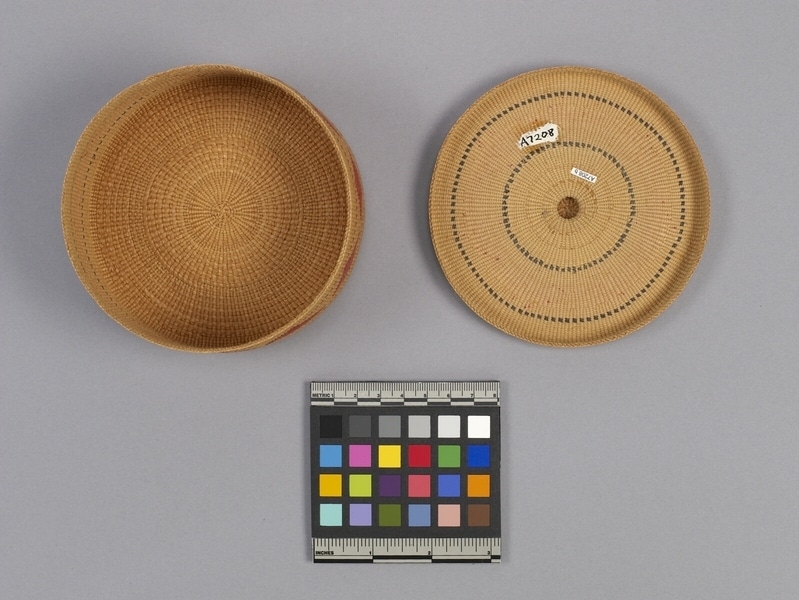 By the 1880s, Sitka, Juneau, and other southeastern Alaskan towns were frequented by tourists and basketry collectors seeking “Indian crafts.” The Victorian era had rapid growth of both industrial production and middle-class tourism. Also, a burgeoning cash economy and gold mining were also taking hold in Alaska. These factors helped to bring the market for Tlingit basketry and carvings to a high point around the turn of the century, but also – in the face of colonial encroachment – to circulate these artworks by Tlingit women as expressions of their own connection to the land.

Basket makers continued to make slightly flared, cylindrical baskets for berry picking or as heirlooms, while also making these and small lidded baskets for sale. The twining technique and use of false embroidery – the spruce-root weft is wrapped with dyed grass or maidenhair-fern stem to form geometric patterns – are characteristics of Tlingit basketry dating to at least the late 18th century; they continue in the hands of contemporary weavers. Commercial aniline dyes allowed weavers to achieve brilliant colours without the time-consuming process of extracting dyes from natural sources, and reveal the spirit of experimentation with which the women carried forward their practice and their knowledge of the named patterns and symbols. Of the thousands of baskets that weavers sold to visitors, many pieces were eventually put back into the market or donated by their owners over ensuing decades, becoming the foundation of most museum and art gallery collections of Tlingit basketry today.