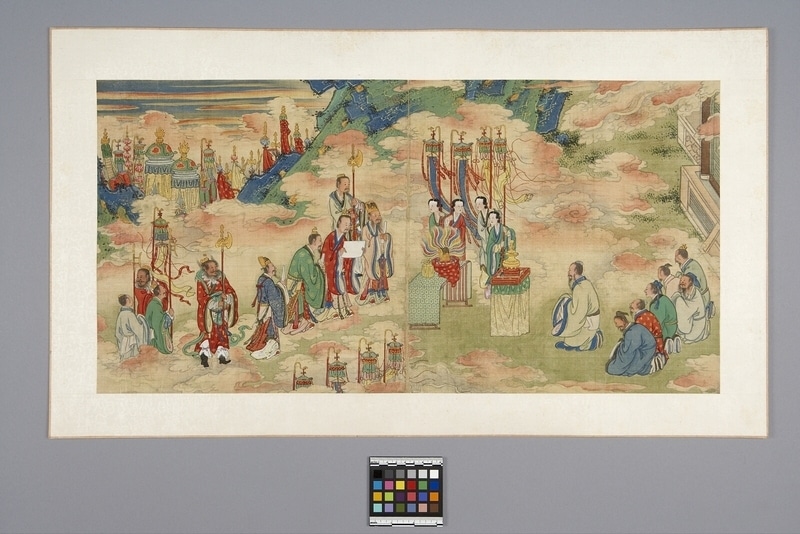 Daoist album leaf. Painting depicting Xu Xun and the celestial writ bestowing instruction. A figure in red, gold and blue robes is holding a piece of white paper with several male figures gathered around him, some of which are holding a tapering white object, and some of which are holding weapons. There are four female figures, each holding an ornament on a staff, standing behind a table with a yellow object sitting inside a red and gold piece of fabric with radiating undulating multicoloured lines. Seven male figures are kneeling facing a vase on a pedestal. There are ornaments haning from staffs in both the foreground and the background, partially hidden by clouds. The painting is mounted on off-white damask-patterned silk on paper.