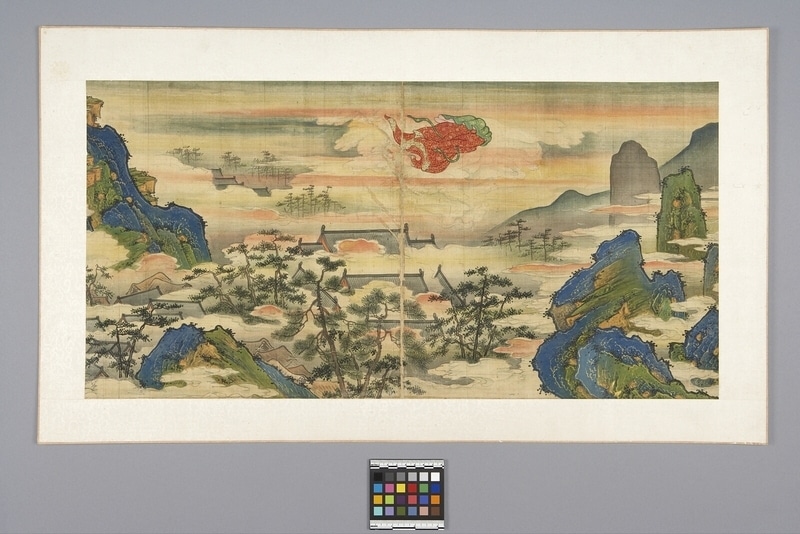 Daoist album leaf. Painting depicting a soaring curtain encircling the homestead. A green, red , pink, off-white and gold piece of fabric with two green ties floats in the air above several rooftops and trees nestled between green, blue and grey mountains. The painting is mounted on off-white damask-patterned silk on paper.