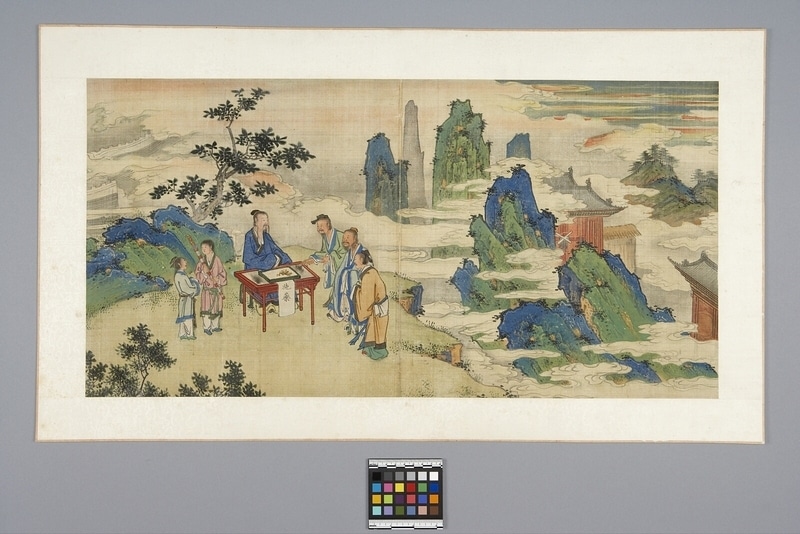 Daoist album leaf. Painting depicting Xu Xun and the testing of the multitudes by selling elixirs. A male figure in blue and gold robes is standing behind a table on which is a rectangular platter of gold nuggets (?) and which has a banner hanging from the front. Three other male figures are standing beside the table, and a young man with a sheathed sword is standing with another male figure on the other side of the table. Behind them is a tree, and there are several blue, grey and green mountains as well as buildings in the distance. The painting is mounted on off-white damask-patterned silk on paper.