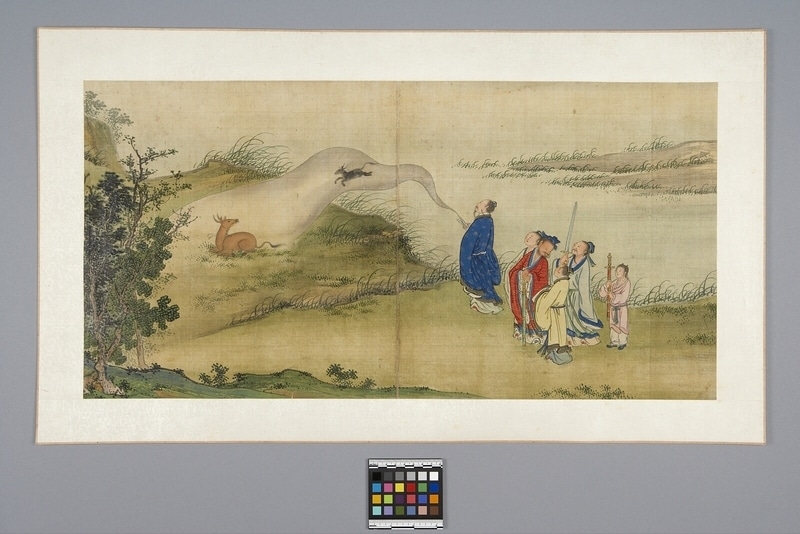 Daoist album leaf. Painting depicting Xu Xun and the cutting of paper that turns into an ox. a figure un blue and gold robes is standing with a pair of scissors in his hands. Emanating from the scissors is a flaring and undulating grey shape with a small black ox floating over it and a brown ox lying on the ground at the end of it. There are five figures standing behind the main figure: four male figures, one of which is holding a sword, and a young male figure holding a sheathed sword. The painting is mounted on off-white damask-patterned silk on paper.