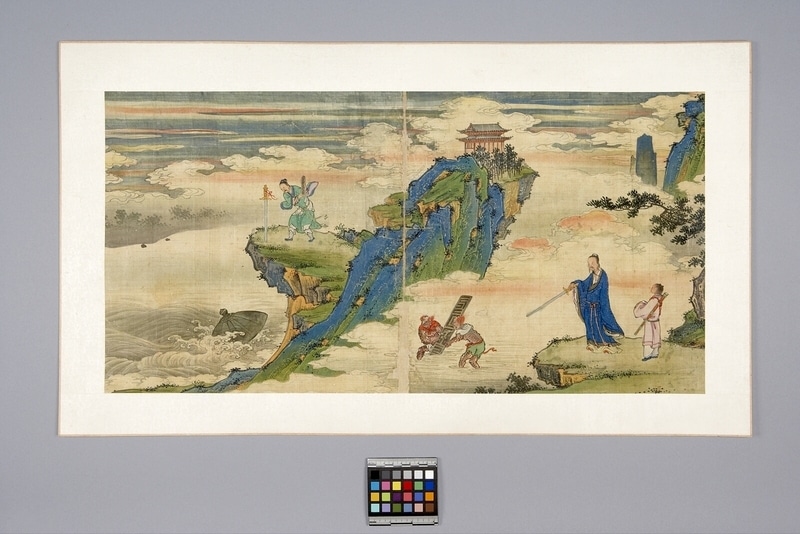 Daoist album leaf. Painting depicting Xu Xun using a talisman to keep Lake Po[yang] in check: a figure on a cliff above rough waters is holding an oblong object with his sword stuck in the ground in front of him and a building in the background, and to the side are two other figures wading in water holding a long rectangular object with geometirc markings while a figure in blue robes points a sword towards the water and another figure in pink with a sword on his back stands beside him. The painting is mounted on off-white damask-patterned silk on paper.