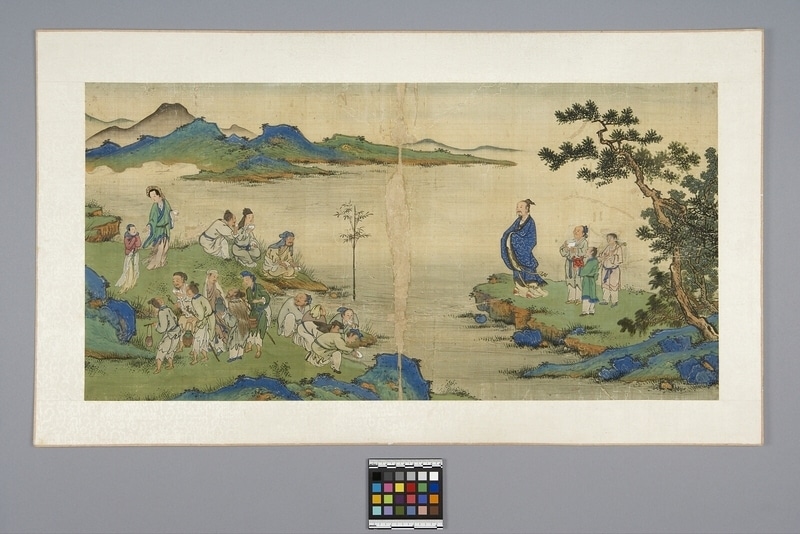 Daoist album leaf. Painting depicting Xu Xun and great merit rescuing from afar. A male figure in blue and gold robes with a black border and three other male figures standing on one side of a river, and a group of people on the opposite shore, many of which are drinking from white cups and others are carrying containers. The painting is mounted on off-white damask-patterned silk on paper.